Delivery is only available for Mainland UK. If you wish to order outside of Mainland UK, please get in touch. Thank you!

Home Delivery will be from 8am to 6pm

Godwick Free Range Christmas turkeys has been happily garnering several awards and plaudits over the last few years. In 2017, Godwick Turkeys won the Norfolk Food and Drink Award for the Field to Fork category, as well as three successive taste awards, we have won favourable comments from a number of well known chefs, such as Antony Worrall Thomspson and Rachelle from the two-Michelin-starred London restaurant The Ledbury.

Godwick Turkeys, owned by Robert Garner and based at Godwick Hall Farm near Fakenham, won the Field to Fork category at this year 2017 EDP Norfolk Food and Drink Awards. Godwick Turkeys supplies his pampered free-range poultry to Howards Butchers in Gayton, near King’s Lynn, which in turn holds a Royal Warrant for supplying the Sandringham estate. 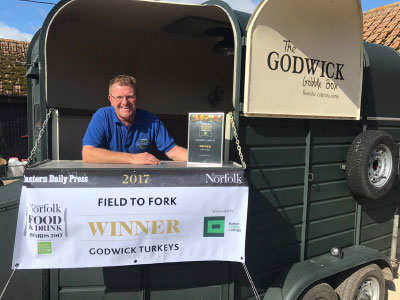 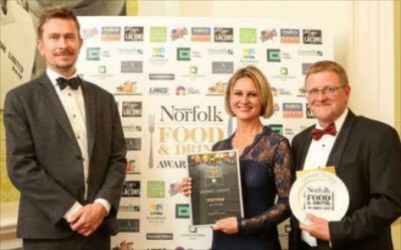 “Our turkeys are supplied to Her Majesty The Queen, but I don’t make a big thing out of it, that’s not the way I operate. It’s all about the quality.” says Robert.

“Quite simply, its a fantastic feeling to be recognised for your efforts in producing a product that you have put so much time and dedication into, and to have it applauded is just the icing on the cake. We have always from the outset had quality as our driving force.”

“It’s one thing to be applauded for your efforts but it is down mainly to the wonderful birds I spend so much time caring for – we just seem to understand each other.”

'What weight should I order?'

Mr Garner ensures he meets all his butchers and wholesalers in person, giving tasting sessions so they can transmit his free-range farming ethos to their customers. This year he also launched a mobile “Gobble Box” snack bar – made by investing £12,000 to convert a horse-box – to sell turkey wraps at outdoor events – another chance to engage directly with the consumer.

(*content was extracted from EDP Article – Poultry fit for royalty: Award accolade for Godwick Turkeys, which are supplied to the Queen at Christmas Used with permission.) 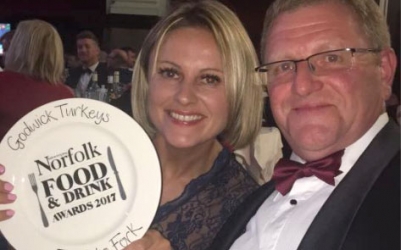 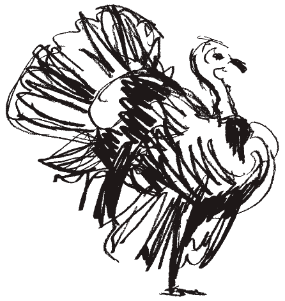 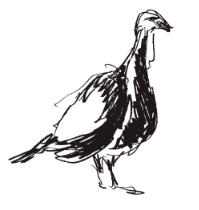 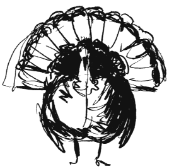 Illustrations by my very dear friend, the late Debbie Lishman.

Company registered in the UK

You can find out more about which cookies we are using or switch them off in settings. 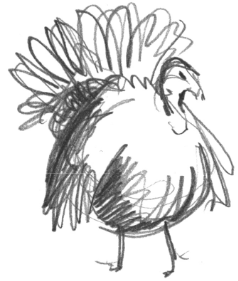 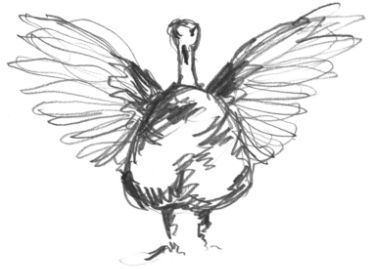 Illustrations by my very dear friend, the Late Debbie Lishman.

This website uses cookies so that we can provide you with the best user experience possible. Cookie information is stored in your browser and performs functions such as recognising you when you return to our website and helping our team to understand which sections of the website you find most interesting and useful.

Strictly Necessary Cookie should be enabled at all times so that we can save your preferences for cookie settings.

If you disable this cookie, we will not be able to save your preferences. This means that every time you visit this website you will need to enable or disable cookies again.